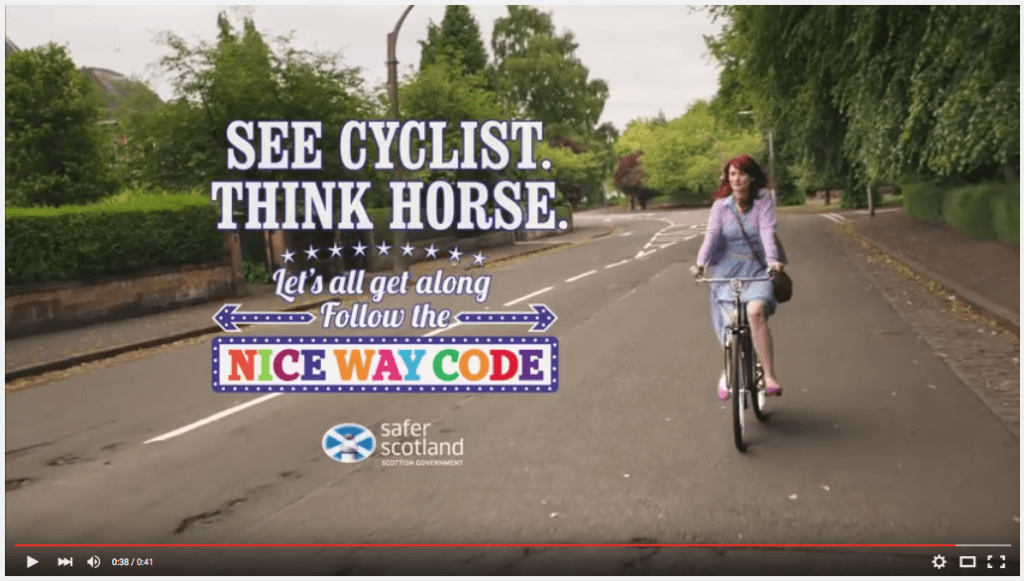 A few years ago, Cycling Scotland launched a new campaign launched a campaign designed to help raise awareness and educate drivers on cycling safety. Part of the campaign, “Treat Cyclists Like a Horse” used humor to communicate three simple rules all drivers should know:

Unfortunately, the advertisement ended up getting pulled by the Advertising Standards Authority due to complaints that one of the cyclists in the campaign wasn’t wearing a helmet.

Pass along this tip – together we can ride, and drive, safely!